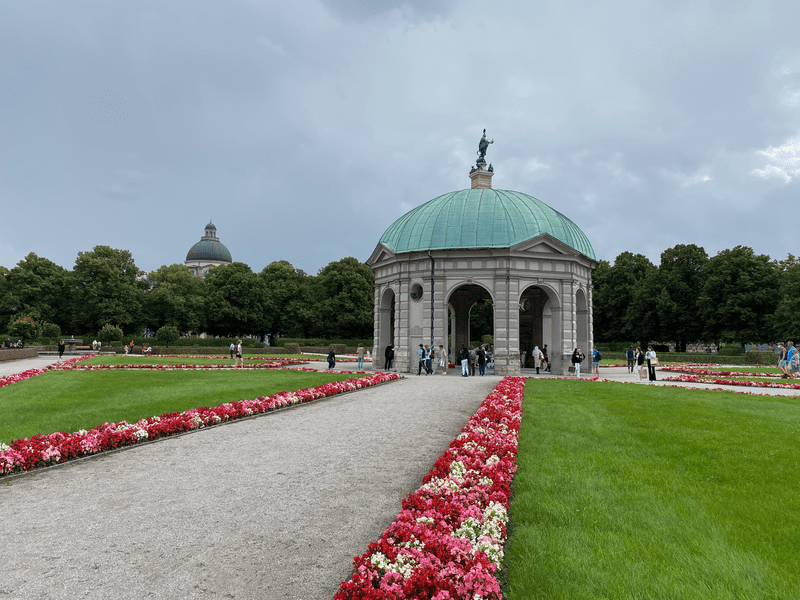 The Hofgarten is a public garden near the Odeonsplatz. It is situated next to the Residenz (the former royal palace). Originally founded by Albert V, duke of Bavaria in 1560 it was subsequently extended by various Bavarian kings. The Diana temple located close to the center of the garden was created in 1613-1617 in Italian Renaissance style. On top of the temple is a copy of the bronze statue of the Bavaria from Hubert Gerhard.

Today the Diana temple is a prominent feature of the garden and sometimes the site of public music performances in the summer. The main entrance to the Hofgarten is on its western side from the Odeonsplatz. This Hofgartentor gate was created by Leo von Klenze in 1816. Near the gate there is the Tambosi restaurant and coffeehouse with a beer garden. In the west of the Hofgarten there is also an area to play the French game of boules and a fountain with a statue on top and four water basins.